FDD’s Montgomery: ‘CHIPS-plus’ is a step but ‘considerable work’ remains to meet challenges from China

Enactment of the “CHIPS-plus” law to bolster semiconductor production and U.S. technological innovation is an important step, says Mark Montgomery of the Foundation for Defense of Democracies, but more is needed on research, investment and workforce training in order to meet the security and economic challenges emanating from China.

“The Chips and Science Act of 2022 is good legislation and a step in the right direction. But considerable work still needs to be done both by government and the private sector to protect our national security interests,” Montgomery said. “We need to remember that the $54 billion, plus more in possible tax credits, in this Act is at best half of the $150 billion China is estimated to have provided to its semiconductor industry over the past decade.”

The House approved the legislation on Thursday, a day after it cleared the Senate, and sent the measure to President Biden for his signature. The bill gathers pieces from a “competition and innovation” bill that is the subject of a House-Senate conference but has stalled amid disputes over spending levels and unrelated political issues. 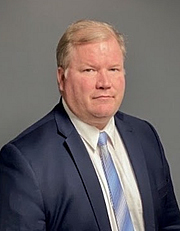 The centerpiece of CHIPS-plus is “$54 billion for the Department of Commerce and other federal agencies to implement programs to strengthen domestic industries that produce semiconductors, microchips, and telecommunication equipment,” according to a Congressional Budget Office review.

It includes $2 billion for a Defense Department semiconductor production incentive and $800 million for research at the Energy Department’s Cybersecurity, Energy Security and Emergency Response office. The bill includes $1.5 billion to invest in 5G alternatives to Huawei, provisions on NIST software and other cyber initiatives and on National Science Foundation cyber education and workforce programs.

Montgomery was executive director of the congressionally chartered Cyberspace Solarium Commission and now directs “CSC 2.0,” which is housed by the FDD and has continued the commission’s work after the expiration of its charter.

He praised the provisions in CHIPS-plus but noted, “The United States has serious issues to address in developing a semiconductor production workforce in the U.S. This will require a mix of investments in technical schools and community colleges to train American workers, and an expansion of visa programs to accommodate an influx of skilled foreign workers.”

Further, Montgomery said, “It is unrealistic to think about onshoring all U.S. semiconductor needs in the next decade, or maybe even two decades. So we need to maintain strong friend-shoring partnerships with Japan, South Korea and Taiwan, all of whom are critical economic and security partners and key players in this industry.”

Other key security efforts are required as well, Montgomery explained. “We need to maintain our vigilance on export controls and intellectual property protection of high technology semiconductor manufacturing equipment, working especially with the Netherlands and Japan, and U.S. companies, to ensure we maintain an advantage over the Chinese Communist Party in the development of increasingly smaller chips,” he said.

“The ‘science’ half of this [CHIPS-plus act] is an equal, if not greater, piece of legislation. It represents an addition of $82 billion over baseline, more than a doubling of the non-Defense Department research and development funding by the U.S. government over the next five years,” Montgomery said.

“There are sound, necessary concepts in the Chips and Science Act, many of which were adapted from the Endless Frontier Act developed by Reps. Mike Gallagher [R-WI] and Ro Khanna [D-CA], such as growing basic research, establishing regional technology hubs, investments in STEM and artificial intelligence scholarships, and developing cyber workforce initiatives,” Montgomery said.

“However,” he observed, “essential elements of the EFA are missing. The EFA called for $112 billion in new spending and focused the appropriations at the National Science Foundation. Reducing and distributing the funds could easily reduce its impact.” – Charlie Mitchell (cmitchell@iwpnews.com)