Tax credits for security improvements, moving the Secret Service back to the Treasury Department and better info-sharing are among the steps suggested by cybersecurity experts to help battle a “cyber-insurgency” of attacks on the financial sector and its customers that have been exacerbated by the COVID-19 crisis.

“During the first five months of 2020 alone, cyberattacks against the financial sector increased by 238 percent, according to VMware Carbon Black data. Cybercriminals are capitalizing on COVID-19, and they are doing so in tandem with the news cycle,” VMWare/Carbon Black’s Tom Kellermann testified Tuesday before the House Financial Services national security subcommittee.

“The financial sector is facing a myriad of highly sophisticated threats. Although the sector is generally more secure than other industry, it is facing the world’s elite hackers, composed of organized crime syndicates and motivated nation-states. Geopolitical tension is manifesting in cyberspace,” Kellermann said. 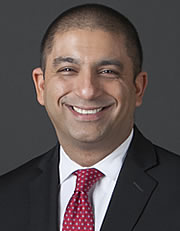 The House Financial Services panel held a virtual hearing on “Cybercriminals and Fraudsters: How Bad Actors Are Exploiting the Financial System During the COVID-19 Pandemic,” with Kevin Coleman of the National Cyber Security Alliance, VMWare’s Kellermann, the National Security Institute’s Jamil Jaffer, and Amanda Senn of the Alabama Securities Commission on behalf of the North American Securities Administrators Association.

Kellermann called for modernizing money-laundering and forfeiture regulations, with seized assets “explicitly allocated to cybersecurity investment across US critical infrastructures”; “codifying an information-sharing program between law enforcement, financial institutions, and the Treasury Department”; creating a stronger regulatory framework around cryptocurrencies; establishing “a tax credit for financial sector companies that dedicate at least 10 percent of their IT budgets towards cybersecurity”; and backing legislation to move the Secret Service back to the Treasury Department from the Department of Homeland Security.

Jaffer, also a senior vice president at IronNet Cybersecurity and a former senior congressional and White House aide, echoed the call for shifting the Secret Service to Treasury with enhanced authority. “The current Administration supports this effort, having proposed such a move in its FY2021 budget submission to Congress,” Jaffer said, adding, “While the impact on DHS is important to consider, the Committee should take the action most likely to result in better cybersecurity for the critically important financial sector.” 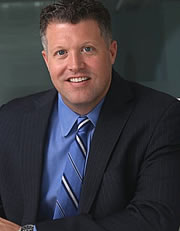 Further, Jaffer said, “it is likewise important that the Committee strongly consider provid[ing] additional resources to U.S. Secret Service to investigate and directly address the very real cyber threats to financial institutions identified in this testimony and also consider appropriate modifications to U.S. Secret Service’s investigative authorities to support its work in this area.”

Like Kellermann, Jaffer called for bolstering Treasury’s info-sharing system, endorsing “creation of a Financial Threats Cyber Operation Center that would have access to real-time threat intelligence from the national security community, including DHS, FBI, NSA, and U.S. Cyber Command, as well as directly from the financial services industry with appropriate liability and other protections provided by the Cyber Information Sharing Act of 2015.”

Jaffer said: “Most importantly, the FT-CyOC ought serve not simply as an information sharing mechanism, but also should work directly with industry and government partners to enable them to take action against such threats as they happen. Placing this capability at Treasury would specifically allow the Department to take advantage of the trusted relationships it has already built with key industry players and organizations, including but not limited to the FS-ISAC and FSARC, as well as its already strong existing relationships with key cyber players in government, including across the national security community.”

Senn noted the NASAA’s launch of a COVD-19 Enforcement Task Force to “to disrupt, discourage and deter fraudulent or illegal activities which pose threats to investors before significant losses occur.” She offered strong support for two bills produced by the Financial Services Committee creating a COVID-19 “restitution assistance fund” and a bill to protect seniors from fraud.

Coleman of the NCSA discussed efforts in tandem with the Cybersecurity and Infrastructure Security Agency, as well as with other federal and private-sector partners, to share tools on cyber hygiene, Internet of Things security and other issues. – Charlie Mitchell (cmitchell@iwpnews.com)