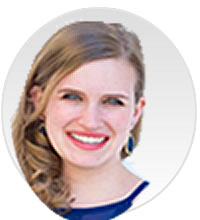 Maggie Miller was a reporter for Inside Cybersecurity until May 2019. She primarily covered issues such as election security, autonomous vehicles, IoT regulations, and ongoing cybersecurity debates on Capitol Hill.

Prior to joining Inside Cybersecurity in 2017, Maggie interned at a variety of places including Voice of America, where she helped cover the 2016 presidential election, and the British Embassy, where she worked on the digital and communications team to help monitor Britain in the news. Maggie also interned at GRNlive, a foreign correspondents network, during a semester abroad in London in 2015. While completing her degree at American University, Maggie served as first a Section Editor, then Vice President, of the AU Her Campus chapter, an online magazine for college-aged women. Maggie graduated from AU in 2017 with a BA in Journalism and a minor in International Relations.

Maggie is from Austin, TX originally, and currently resides in Washington, DC.