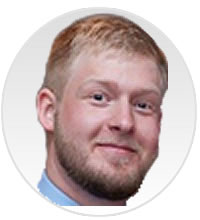 Brett Fortnam is the managing editor of Inside U.S. Trade and has been with the publication since 2014. He has covered everything from cross-border data flow provisions in the U.S.-Mexico-Canada Agreement to the fight to renew the moratorium on e-commerce duties at the World Trade Organization.

Before joining Inside U.S. Trade, Brett ran the Clinton Courier in upstate New York, where he covered local government, school board meetings and high school sports. He is a graduate of Syracuse University.