With two rulemakings expected at the end of 2022 to formally kick off DOD’s cyber certification program, contracting attorney Robert Metzger says the development of incentives to encourage defense contractors to invest now in CMMC preparation is critical but the process is complicated.

“We don’t really know the schedule of what DOD is going to do when,” Metzger said reflecting on the upcoming rulemaking changes to the Pentagon’s Cybersecurity Maturity Model Certification program. He said, “My latest read is that they are not expecting to put out new interim rules until the end of this year” based on the Fall 2021 Unified Agenda of Regulatory and Deregulatory Actions.”

Metzger said, “If that is correct, it implies there is an enormous amount of work to be done at DOD to resolve many of the questions that have surfaced since the announcement of [CMMC] 2.0, and to then document the resolution in proposed rules and seek their approval.” 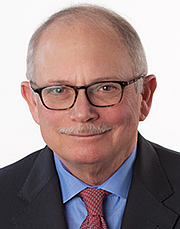 If the two rulemakings are released in December 2022, Metzger said the earliest they would go into effect is March 1, 2023, which he said means there will be “13 months before any assessment is required on any contract. And there is reason for concern many companies will see this interval for 2.0 to do little or nothing.”

Metzger said, “The problem is that none of the threats that explain the CMMC initiative go away. The trends, the nature and variety and success of threats have arguably gotten worse since CMMC started.”

Metzger spoke with Inside Cybersecurity on the potential incentives for companies to encourage preparation for CMMC now. Metzger is the co-chair of law firm Rogers Joseph O’Donnell’s Cybersecurity and Privacy Practice Group, and a co-author of MITRE’s “Deliver Uncompromised” report.

The second possibility is providing an “evaluation credit” for companies that have specific qualifications for cyber credentials, Metzger said, citing certifications from the International Organization for Standardization, the Cloud Security Alliance and HITRUST as examples.

However, Metzger said DOD could run into problems using credits because of the Paperwork Reduction Act, “which essentially limits to a very small number the request or demand for records by the government without approval” by the OMB’s Office of Information and Regulatory Affairs.

Metzger said DOD could work around requiring the production of information on credentials by “essentially asking for answers on qualifications. DOD has a right to define its requirements for a contract.”

DOD “often asks about many things” for a “management or technical” evaluation “to make sure it selects the best among the offerors,” Metzger said, adding “cybersecurity is an important attribute of any company doing business with the department” which makes these kinds of questions in scope.

Metzger said the third option is for DOD to issue a contract award that includes the evaluation of company’s cyber credentials as a contract deliverable requirement after a contract starts. He said DOD could ask for a company’s “system security plan,” “system self-assessment” and a plan of action and milestones (POA&M) as well as a follow-up report “every three or six months as to how you are doing.”

As part of the CMMC interim final rule, the Defense Department established a process to require companies to submit their scores for compliance with NIST Special Publication 800-171 to DOD through the Supplier Performance Risk System.

The process was intended to be a placeholder while DOD rolled out the CMMC requirement in all DOD contracts over a five-year period. When the CMMC program was updated in November 2021, DOD rolled back twenty extra controls from maturity level three to align the publication with NIST 800-171.

DOD sought emergency clearance for an information collection on NIST 800-171 compliance as part of the rulemaking preapproved days before the CMMC interim final rule was issued.

Metzger said the SPRS information provided today is currently “binary answers” in six areas and DOD asks for the total score instead of the full NIST 800-171 assessment results.

However, Metzger said DOD officials could change their minds and announce that they will use the scores submitted and the date companies provide for when they are going to close POA&Ms as part of a “technical or management evaluation of [the contractor’s] competitive negotiated proposal.”

Metzger said use of this information would create “reason for concern” for companies that have not done a “good job” determining their score or “misled the government.” -- Sara Friedman (sfriedman@iwpnews.com)